Being compared with only part of a salad was a little unfair on Liz Truss our shortest serving Prime Minister. As reality emerges from the Covid nightmare and the post Brexit light is cast across the United Kingdom, we appear less United than we once were as the stark reality of low productivity, the effect of quantitative easing and seizing control of our own destiny, casts a shadow upon the direction we take next.

Whilst Lord King a former Bank of England Governor has stated that all major central banks have been slow in raising interest rates, the Fed have led the way in creating a US dollar strength to the detriment of Sterling and the cost of imports are rising with a corresponding impact on inflation, creating the cost of living squeeze we now experience. The current level of inflation set at 10.1% almost 5 times the target required of the Bank of England. This virtuous circle of events does not create the best environment to boost productivity and grow the economy as the missing link remains the incentive to do so which is still broadly lacking.

“We set out a vision for a low-tax, high-growth economy,” said Liz Truss, in her resignation speech. “I recognise, though, I cannot deliver the mandate on which I was elected by the Conservative party”.

It was a brave attempt by LT and KK to address this aspect and as you will see from the graph below, UK average mortgage rates were rising long before the now historic “fiscal statement”. 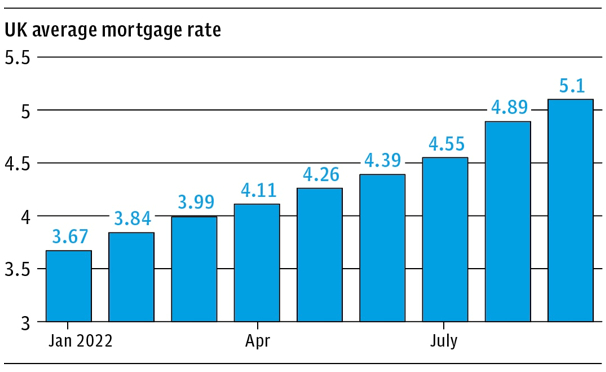 When you remove the reliance on gold reserves to support the value of your currency and allow all major currencies to float freely on their own printing press, you merely create an economy which is at the beck and call of its major creditors and sadly these same creditors are truly out of touch with the needs of the local economy and are merely margin managers of the UK PLC balance sheet which currently projects a less appealing outcome. Add to this a desire to remove the stress, related to energy cost manipulation to our households by you know who, and the balance sheet looks even less inspiring. Hence why the “fiscal statement” provided the opportunity for the worlds opinion to focus on what appeared to be poor management of the economy in the hands of a new Prime Minister and her Chancellor.

So, what happens next. We now have the “eat out to help out” Chancellor in post as Prime Minister and we have witnessed the virtually entire erasure of the fiscal statement with Jeremy Hunt as the current Chancellor promising a tightening of public spending or “CUTS” for short. This revelation appears to have had no significant effect on the bond and long-term interest rate markets whatsoever other than to stabilise them. This attitude will almost certainly act as an impediment to the grow, grow, grow stance a direction that the economy has most certainly got to take now.

Gone are the Corporation Tax and Higher Rate Taxpayers rate reductions sending a message once more to the wealth creators that your time is not now. As with all Governments spending, this will continue at pace and the business community are expected to deliver on Government excesses.

Against this uninspiring outlook the hatches will be battened as we await the storm on the horizon. 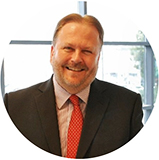